House To Visit Of The Pope To Fatima

It is a perfect house for the visit of the Pope on May 13, 2017 to Fatima, is located in Leiria, capital of the municipality on the outskirts of the city with exit to the highway to Fatima, Lisbon and Porto. Casa Espaciosa where a single person lives and 80 meters from a Lidl, it might be possible to offer a pick up service to the sanctuary of Fatima on the day of the visit of the Supreme Pontiff. 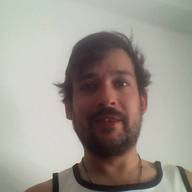 You will have a charming farmhouse from the 19th century restaured with modern standarts but preserving some traditional features. It is a 250 m2 house, divided by two by protections. Outside to a 200 m2 terrace joins a 600 m2 garden where one has a big beautiful swimming pool. BBQ, bycicles, table tennis, sport byces and others, these are in between some of the extras to provide you with a excellent situation. Beautiful garden, very quite situation, rural environment. You can enjoy long country walks starting right from the farmhouse. In the meantime closer to various important sights: TOMAR, BATALHA, ALCOBACA, and not too far from OBIDOS, Coimbra, sea cost, and not to forget only 10 km from large lake CASTELO DE BODE. You can enjoy any part of the house and garden. The swimming pool will be just for you.

The manor is a charming house built in 19th century, recently restaured to modern standarts but with preservation of traditional sytle. It has accomodation for up to 12 persons. Outside one can enjoy a 500 m2 private terrace, garden with and BBQ areas and a pool. Beautiful garden, very quite situation, rural environment. You can enjoy long country walks starting right from the manor. In the meantime closer to various important sights: TOMAR, BATALHA, ALCOBACA, and not too far from OBIDOS, Coimbra, sea cost, and not to forget only 10 km from large lake CASTELO DE BODE. You can enjoy any part of the house and garden. The swimming pool will be just for you.

Peniche - From The Paradise Of Berlengas To Fantastic Beaches

The apartment is 5 minutes walk from the city center, 8 minutes from the beach and 2 minutes from the market, supermarket, pharmacy.. This apartment is new and has a capacity for 8 people, 2 bathrooms, large living room with fireplace and flat TV, large fully equipped kitchen - stove, oven, fridge, microwave, hand blender, toaster, cutlery, plates, glasses, pots, pans, kitchen towels.. In the kitchen you have access to a sunroom with a tank and washing machine and overlooking the sea / beach. The apartment has four bedrooms, all with double beds The house has internet and cable channels. Quiet area. Peniche and the sea are inextricably linked. It is one of the largest traditional fishing ports in Portugal and a major Atlantic center for maritime-tourist activities. The sea remains one of the main points of interest and development and the beaches of Peniche are highly appreciated. If the bays of Consolação and Baleal provide a good protection for family beach days, the waves of this west coast, such as those of Medão Grande Beach, known as Supertubos due to its large tubular waves, are very popular with surfers and bodyboarders from around the world. In a national competition, she was nominated as one of the “7 Wonders of Portugal”. Together with Praia do Lagido, they are the stage for the great world surfing championship Rip Curl Pro Portugal, a competition that is part of the World Surf League Tour. A boat trip away is Berlengas Island, Nature Reserve. Its translucent waters are ideal for divers who find here a natural stronghold of marine fauna and flora. The rough sea and the island's isolation are also the motto for many mysterious stories of fishermen and boats sunk on this coast.